Cinnamon is a spice obtained from the inner bark of several tree species from the genus Cinnamomum.

Cinnamon is an evergreen tree with oval shaped leaves, thick bark and a berry fruit. The bark and leaves are the primary parts used. Cinnamon is produced by growing the tree for two years then cutting off the stems at ground level. The stems are processed immediately while the inner bark is still wet. The outer bark is stripped off revealing the inner bark, which is cut into long rolls.

The different varieties of this spice tree are also known by the part of the world where they are grown naturally, such as Ceylon cinnamon and Padang cinnamon. It is one of the oldest known spices. Both the bark and oil distilled from the bark and also the leaves are used. Although the bark and the leaves contain essential oils, the content of eugenol is much higher in the leaves, up to 80%. Cinnamaldehyde is also an important constituent.

Cinnamon has a long history of traditional use. It was imported into Egypt as early as 2000 BC and the first mention of it in Greece was in the 7th century BC. It was very highly prized and considered suitable as a gift to give to kings. It was unclear where cinnamon came from until the year 1270 when mention was first made that it was grown in Sri Lanka. 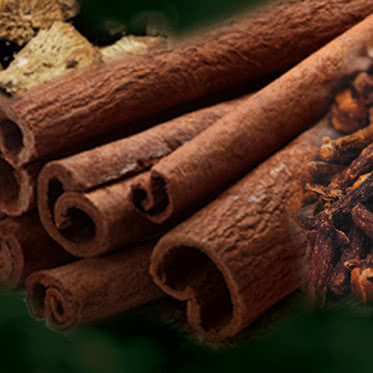