Echinacea belongs to the daisy family and is a genus of 9 species. The Echinacea species are herbaceous drought tolerant plants growing up to 140cm or 4 feet in height. Native to eastern and North America, Echinacea grows in open wooded areas and moist to dry prairies.

Echinacea is also known as Asteraceae or sometimes referred to as ‘purple coneflower’. The plants have erect stems that are mostly unbranched. Each year the plant produces single long-stalked flower heads with purple-rose or white ray flowers, which bloom from early to late summer. However, it is the fresh or dried above ground parts that are collected during the flowering phase and are used for therapeutic preparations.

Several species are used in herbal medicine but the main ones are Echinacea Purpurea and Echinacea Augustfolia. Echinacea is a perennial medicinal herb traditionally used to relieve cold symptoms.4

Echinacea is one of the most widely studied herbs available. Its use dates back many centuries to the Native American Sioux Indians. The first Echinacea preparation, known as Meyers Blood Purifier, arrived on the market around 1880.

At the beginning of the 20th century, Echinacea was the most frequently used plant preparation in the USA and at the same time it gained widespread use in Germany. Chemists and pharmacologists became interested in Echinacea and many constituents are now known.  In 1992, the World Health Organization (WHO) conducted a review of the body of evidence and concluded that the E. angustifolia root is supported by clinical data for supportive therapy for colds and infections of the respiratory tracts. 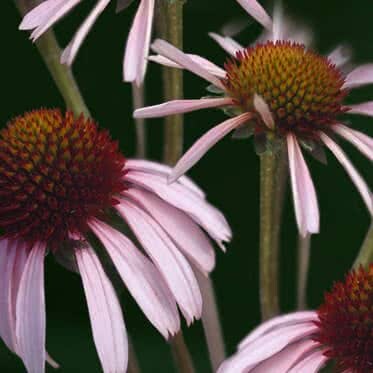