Liquorice is a member of the legume family, which is native to southern Europe, India and parts of Asia. It is a herbaceous perennial plant growing to 1 metre in height with pinnate leaves 7-15cm long each with 9-17 leaflets. The flowers are 0.8-1.2 cm long, purple to pale whitish blue in colour. The fruit is an oblong pod 2-3cm in length with several seeds. Liquorice grows best in well-drained soils.

Although its distinctive flavour is similar to that of anise or fennel, the plants are not related botanically, but some products described as liquorice have been found to contain anise, instead.1,2 The scent of liquorice roots comes from volatile compounds of which anethole is predominant. Much of the sweetness in liquorice comes from glycyrrhizin, which has a sweet taste 30-50 times as sweet as sugar. Liquorice contains more than 20 triterpenoids (produced by plants as part of their self-defence mechanism) and 300 flavonoids, which have many health properties.3 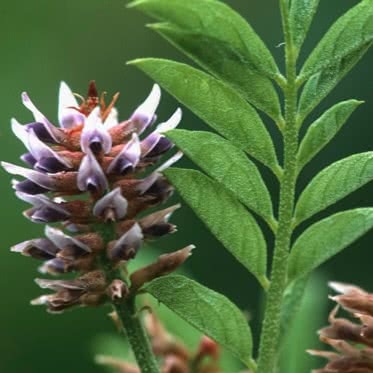