Rosemary contains many active constituents including plant flavonoids. It is often used in infusions, tinctures and as an essential oil.

FACT: Flavonoids are a group of plant metabolites. These molecules are found in a variety of fruits and vegetables.

Part of the Lamiaceae family, Rosemary is native to the Mediterranean region and cultivated widely elsewhere. It is a bushy evergreen shrub with a dense, leafy habit, generally up to 2m x 2m in size, but the size varies considerably. Flowers are usually pale violet-blue and white. Flowering starts in spring but is often repeated at differing times of year. The flowers are gathered in full bloom and then dried. The name rosemary derives from dew and sea or ‘dew of the sea’. Rosemary contains a number of phytochemicals including rosmarinic acid, camphor, caffeic acid, usrolic acid, betulinic acid, carnosic acid and carnosol.

From medieval times Rosemary has been a symbol of love and fidelity. A number of leading physicians and herbalists used rosemary to help with health and wellbeing needs. 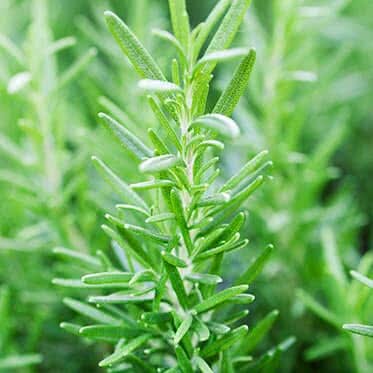