Tea Tree Oil (also known as melaleuca oil) is derived from the leaves of the tea tree (Melaleuca alternifolia) which is native to south east Queensland and the north east coast of New South Wales, Australia.

The tea tree was named by eighteenth century sailors, who made tea that smelled like nutmeg from the leaves of the tree growing on the swampy southeast Australian coast. Tea Tree should not be confused with the unrelated common tea plant that is used to make black and green teas. On the skin, tea tree oil has astringent and soothing properties.

Indigenous to the northwest coast of Australia, Tea tree is a small evergreen tree, part of the myrtle family Myrtaceae. Melaleuca alternifolia is a small tree, which grows to about 7m (20 ft) with a bushy crown and whitish, papery bark. The leaves are smooth, soft, linear in shape, 10–35 mm (0.4–1 in) long and 1 mm (0.04 in) wide. The flowers are white or cream-colored and bloom over a short period, mostly inspiring to early summer. The small woody, cup-shaped fruits, 2–3 mm (0.08–0.1 in) in diameter, are scattered along the branches. The leaves are rich in oil which contains a variety of compounds, including terpinen-4-ol, γ-terpinene, and α-terpinene which constitute about 70% to 90% of the oil, while ρ-cymene, terpinolene, α-terpineol, and α-pinene collectively account for some 15% of the oil. 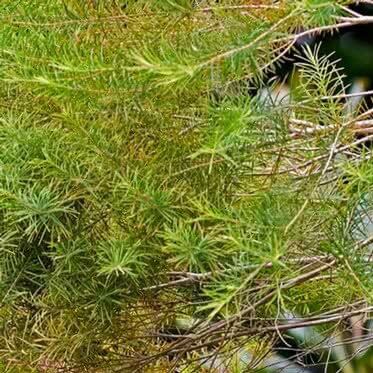