The active substance in turmeric is curcumin, which contains plant compounds called curcuminoids. The curcumin content of turmeric is most important which means a concentrated extract is required to ensure reasonable levels of curcumin.

There have been several recent studies reviewing the benefits of curcumin and the science is building.

The Curcuma Longa plant originally habitats from Southern Asia and cultivates in other tropical countries. It is a herbaceous plant of the ginger family (Zingiberaceae) and requires temperatures of 20-30 degrees C and a significant amount of rainfall to survive. The rhizomes are boiled in water for 35-40 minutes then dried in hot ovens before grinding to produce a yellow powder. It is also sold in both round and long pieces, both of which are yellowish-brown internally. In the UK turmeric is imported ready prepared and ground into a bright, dark yellow powder.

Curcuma longa (turmeric) has been used traditionally in Asian countries as a herb for many uses. Curcumin is the main polyphenol (plant compounds) found in the rhizome of turmeric. 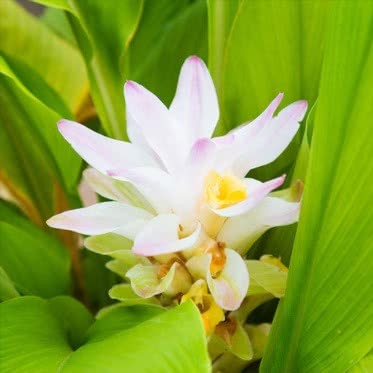